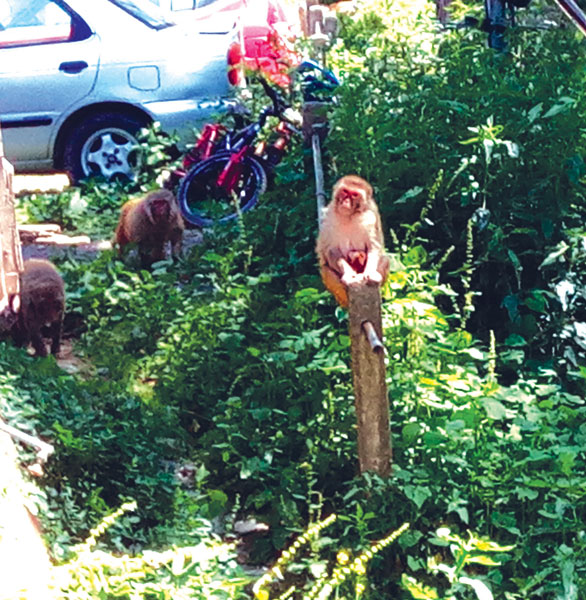 As per a report soon now, the Salim Ali Centre for Ornithology and natural habitat (SACON) will do a study to know about the new hot spots, Population dynamics and feeding habits of the monkeys. They have been asked to conduct the study especially in regard to new hot spots of monkeys and their behavioural studies, so that a strategy to tackle the menace can be formulated, stated DR Savita, PCCF(Wildlife).
In 2015 the estimation found 348 hotspots of monkeys. The survey also estimated then that simians are on the rise in areas like Nurpur, Renukaji, Rohru, Dalhousie, Bilaspur, Dharamshala and Pangi. In Shimla the highest population of monkeys was found to be in forests beats of Jakhu, Summerhill, Glen, Kaithu, Khalini, Fagli, Tutikandi and Bharari.
The last survey also indicated a population estimate of 2, 07, 614 monkeys in the state.