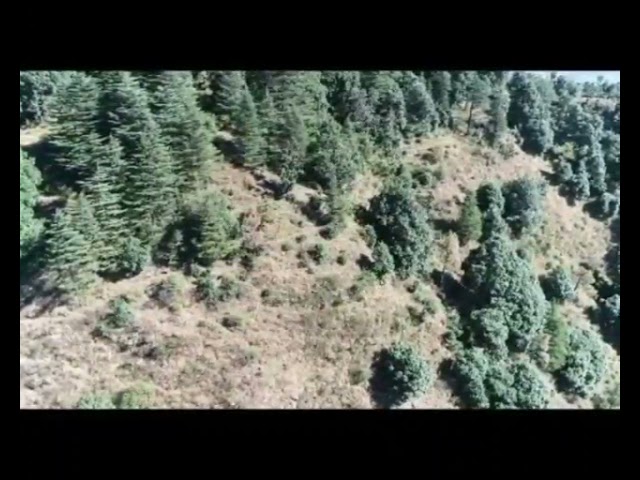 Shimla, Nov 19
A model Central Jail undertrial prisoner missing since November 17, 2021, was nabbed with help of drone from a den in Taradevi hillock on Friday, confirmed a police officer.
https://youtube.com/watch?v=JkR0iKeltOU&feature=share
Superintendent of police Shimla Monika Bhutunguru said that the undertrial prisoner Dadi Ram(37), resident of village Oda No. 0 8 District Jajarkot, Aanchal Beri, Nepal was traced from a den in Taradevi hillock this morning.
“Tara Devi Shoghi and surrounding forests were searched with the help of drones since last evening as the search operation was also carried out with the help of a sniffer dog.” she said. Apart from this, members of the Rapid Action Team and the employees of the 6th  IRB were also involved in the search operation.
A search operation was conducted at Taradevi- Shoghi and nearby places today again and the prisoner was traced with help of a drone, appeared in the dense forest under the towers near the Taradevi Mata temple.
On the basis of which the sniffer dog was pressed to arrest him. Simultaneously, teams were formed to cordoned off the undertrial from all over in different directions. Hearing the sound of the drone, the prisoner hid behind the dense trees in the forest and  was not visible for a long time.
Thee police personnel went in the direction in which the prisoner was running. Seeing the police, the prisoner ran towards the forest inside and was chased by the police personnel, while chasing, the prisoner tried to run down to cover himself in a den. The police personnel jumped in the said cover and after a lot of effort, and he was nabbed by them from the den.
She said that police has succeeded in catching the prisoner in two days by conducting a search operation day and night. The caught prisoner is brought to the police station Biolueaganj. The absconder was booked  in Police Station Theog on July 31, 2020 under section 302 IPC.
On November 17  2021, he was being brought to the Court for production but undertrial escaped from the jail custody near Tawi mod, she said.