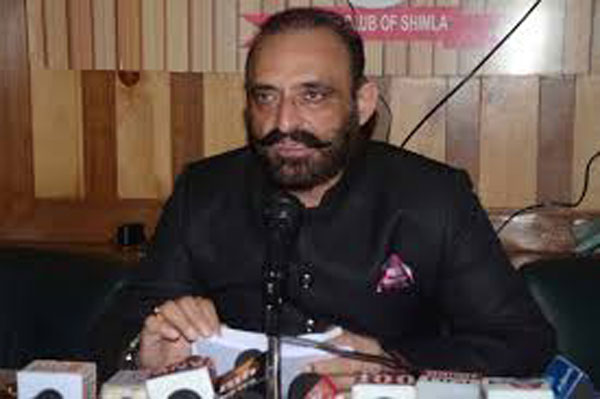 Shimla, 06 Feb
International Road Safety Expert has opposed the HP government’s decision to handover Women Road Safety Control Centre to private companies and has warned that in case the stalemate continues on the suggestion, the matter may be taken for judicial review.
The Expert Kamaljeet Singh Soi, while addressing the media persons said the Centre had released Rs 9.36 crore to Himachal Pradesh for setting up a Control Centre for women safety in traffic under the Nirbhaya Fund.  He looked to be skeptical about the importance given to setting up the said Control Centre and managing it effectively.
Kamal Soi has said that the Himachal government has given the works of this Control Center in private hands and alleged that four or five private companies have been entrusted the responsibility. Soi has urged the state government not to hand over the Control Centre to the private companies because this is a very important issue related to the safety of women. Soi has opined that when the private companies get this work, the data of the vehicles will be misused by them and  there is likelihood of leakage of data to get favours. In such a situation, the work of the Control Center should not be given to private hands by the state government or the transport department.
Soi said that the work of  Control Centre should have been entrusted to the government companies like BSNL or NIC. He says that Control Centers have been set up in many states and this work has been given to the behalf of government undertakings, while in Himachal Pradesh this matter was not taken seriously. He has said the way things have been moving the government’s intentions look to be doubtful.
Soi has cautioned the government and said if the Himachal Pradesh government continues to retain the setup with private hands, he will have to seek judicial review.
Soi has further said that in Himachal Pradesh about four lakh public vehicles are to have GPS and Vehicle Tracking Systems, however, only 30,000 public vehicles have installed the system. He further asserted that government has to be serious on this matter.
Also read:https://himachalscape.com/are-road-accidents-a-fate-accompli/